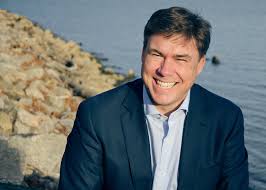 Mike Dubke, President Trump's communications director, is leaving the White House — the start of a wave of changes as the West Wing struggles to cope with burgeoning scandals and a stalled agenda.

Dubke served for just three months before tendering his resignation May 18. He offered to stay through the overseas trip, and Trump accepted. He has been trying to help restructure the press and communications operation, and is parting on good terms, a senior administration official said.

Insiders say Dubke came in with few patrons, and never gelled with the originals. His departure is a reminder of how hard it is for newcomers to thrive in Trumpland.

Dubke is still coming in to work, and his last day hasn't been set. His job is likely to remain open for a bit.

Bring in the killers ... Trump is considering much broader changes, including the possibility of bringing in David Urban, a prominent GOP lobbyist who was a senior adviser on the campaign, as chief of staff.

Friends say Urban, 53, who's credited with helping Trump win his crucial upset in Pennsylvania, brings seasoned political judgment and no personal agenda. He's a West Point graduate, has a master's in government administration from Penn, and a law degree from Temple. Urban was on Trump's plane and in his green rooms during frequent campaign stops in the Keystone State, and the two became cellphone buddies.