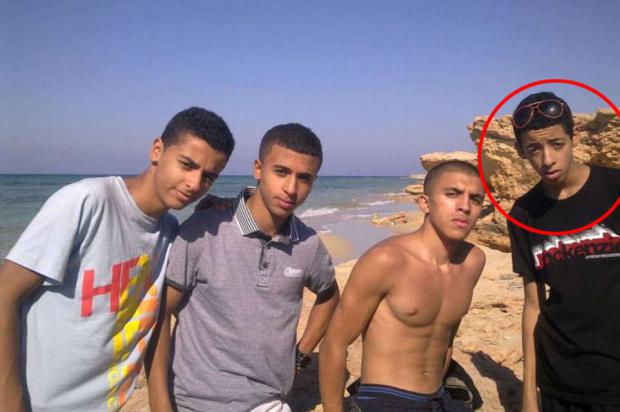 An extraordinary picture of the family of Manchester Arena bomber Salman Abedi has emerged tonight, as his father who had Al-Qaeda links and his younger brother were arrested in Tripoli.

Salman killed 22 people and injured at least 119 more when he detonated a bomb on Monday night as children were piling out of the venue having watched Ariana Grande.

The mass-murderer - who apparently had links to the 'Man in the Hat' Brussels bomber - had only just returned from a three-week trip to war-torn Libya before launching his horrifying attack, friends said.

That revelation came as his father, Ramadan, was arrested by masked gunmen in Tripoli this evening while recording TV interviews in the country.

Earlier he had claimed his son seemed 'normal' when they last spoke five days ago and insisted: 'We don't believe in killing innocents.'

Abedi's younger brother Hashem has also been arrested in Tripoli, Libya, on suspicion of having links to the ISIS who claimed responsibility for Monday night's atrocity.