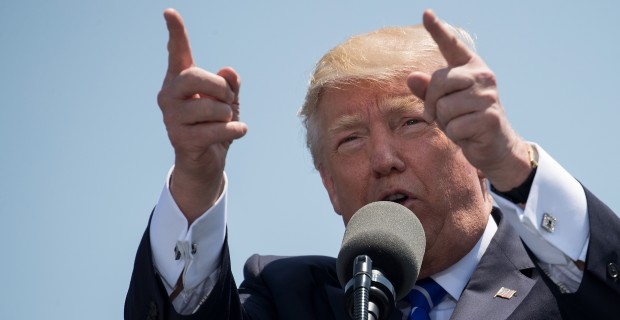 An attempt to force Donald Trump to resign from office is being led by GOP establishment insiders in concert with the Democratic-aligned media, according to a top Republican.

Author, journalist and Middle East Forum fellow David P. Goldman reveals that the unnamed ranking Republican told an off the record gathering this week that, "A "coup" attempt was in progress against President Donald Trump, with collusion between the largely Democratic media and Trump's numerous enemies in the Republican Party."

"The object of the coup, the Republican leader added, was not impeachment, but the recruitment of a critical mass of Republican senators and congressmen to the claim that Trump was "unfit" for office and to force his resignation," writes Goldman.

Although it is unlikely that Trump will be impeached and virtually impossible that he will ever resign from office, the goal is to keep his administration mired in scandal so that Trump cannot advance his policy agenda.