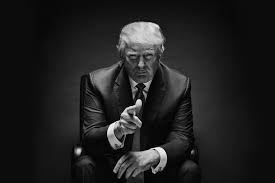 British gamblers believe U.S. President Donald Trump is now more likely to leave office before the end of his first term than not, British bookmakers said on Wednesday, after a week of tumult at the White House.

Betfair said that punters had bet more than 5,000 pounds ($6,470) on an early departure for Trump in the hours after it was reported he had asked his then-FBI Director James Comey to shut down an investigation into ties between former White House national security adviser Michael Flynn and Russia.

Concerns that businessman and former reality TV star Trump's economic reforms could be slowed and he might even face the threat of impeachment has dented demand for the dollar. On UK betting markets, the odds on Trump failing to see out his four-year term dropped to 5/6 from evens on Betfair, implying a 55 percent chance that he will leave.

Betfair was also offering odds of 12/5 percent that Trump would leave office this year, implying a 27 percent chance that he would depart. Betfair said that the odds for such an early departure had never been shorter.