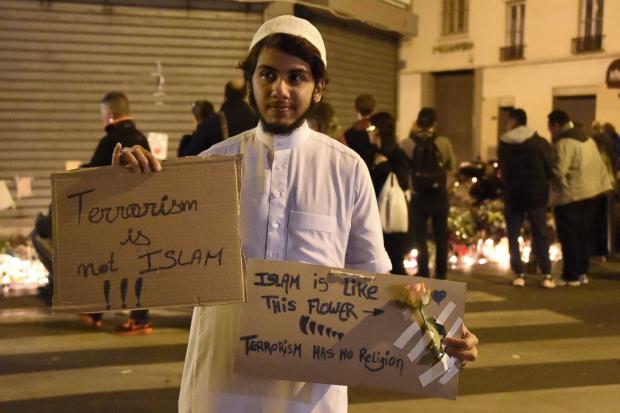 Although polls currently favor Emmanuel Macron, a centrist independent, to win the May 7 run-off, and the establishment parties have vowed to unite against the neo-fascist National Front, Marine Le Pen's anti-immigrant and Islamophobic rhetoric appeals to many voters across the political spectrum.

Two hundred thirty-nine people were killed in jihadist terrorist attacks under President François Hollande, and more than 900 people left France to fight in Iraq and Syria, according to the Dutch-based International Centre for Counter-Terrorism. Today more than 17,000 people are classified by the French government as a possible terrorist threat, according to a report published by the French Senate in March. Although the two candidates for the presidency both acknowledge the continued threat that terrorism poses to the country, they differ vastly in their analysis of its roots and how to address it.

After the November 13, 2015 attacks, Macron, then the minister of economy and finance, argued for introspection, saying in a university lecture that a lack of social mobility contributed to the isolation of Muslim communities, who were then prey to violent extremists.

1 Comments in Response to France Doesn't Know What to Do With the 17,000 People It Labels Potential Terrorists