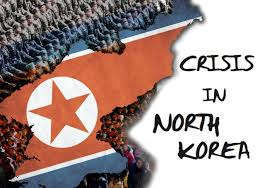 North Korea was last at war 1950-53. N. Korea has not attacked or invaded anyone in 64 years. N. Korea lacks the military strength to attack any country, such as South Korea and Japan, that is protected by the US. Moreover, China would not permit N. Korea to start a war.

So what is the demonization of N. Korea by the presstitutes and Trump administration about?

Washington claimed that the anti-ABM bases were not directed at Russia, but were for the protection of Europe against Iran's nuclear ICBMs. Insouciant Americans might have believed this, but the Russians surely did not as Iran has neither ICBMs nor nuclear weapons. The Russian government has made it clear that Russia understands the US bases are directed at preventing a Russian retalliation against a Washington first strike.