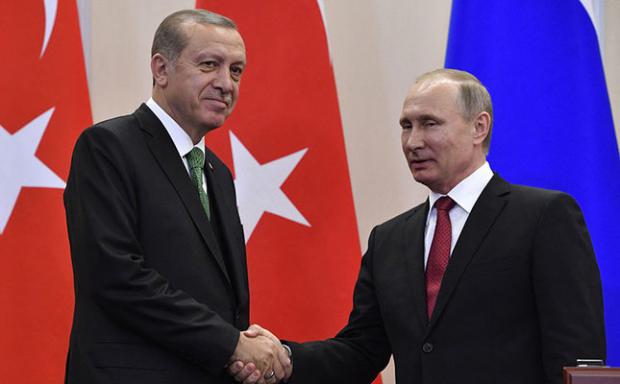 Holding talks at the Russian president's residence in the Black Sea resort town of Sochi, the two leaders discussed the latest developments on bilatereal relations, particularly the Syrian crisis.

During a press conference after meeting, Erdo?an said the leaders agreed on establishing a "de-escalation" zone in Syria.

"I have always suggested the establishment of a no-fly zone. Now, there is a de-escalation zone in Idlib. People fled from Aleppo now to try to survive there. I hope this de-escalation zone will be maintained. We will discuss it with Mr. President [Putin]," he said.