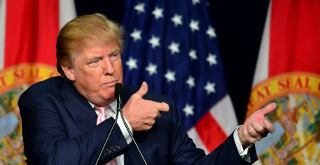 Weeks of speculation that the US is about to attack North Korea are again accelerating, with the White House announcing that they intend to play host to the entire Senate on Wednesday for an official briefing on the situation, with virtually the entire cabinet.

Such a briefing for the full Senate is extremely unusual, especially in the White House, which means this must be a very important meeting, which is once again adding fuel to the idea that the US is going to do something big, potentially a military attack.

This comes amid a new round of speculation that North Korea might be planning to carry out another nuclear test, with a holiday coming up this week and a round of intramural volleyball at the test facility having concluded, meaning they're no longer too busy to do the test.

The USS Carl Vinson and its carrier strike group are also expected to arrive at the Korean Peninsula in the next few days, which now not only comes amid speculation about a test, but also the Senate meeting. This could point to this week being the time that the Trump Administration intends to "solve" North Korea, as they've long threatened.