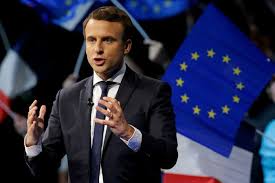 For the French establishment, Sunday's presidential election came close to a near-death experience. As the Duke of Wellington said of Waterloo, it was a "damn near-run thing."

Neither candidate of the two major parties that have ruled France since Charles De Gaulle even made it into the runoff, an astonishing repudiation of France's national elite.

Macron is a heavy favorite on May 7. The Republicans' Francois Fillon, who got 20 percent, and the Socialists' Benoit Hamon, who got less than 7 percent, both have urged their supporters to save France by backing Macron.