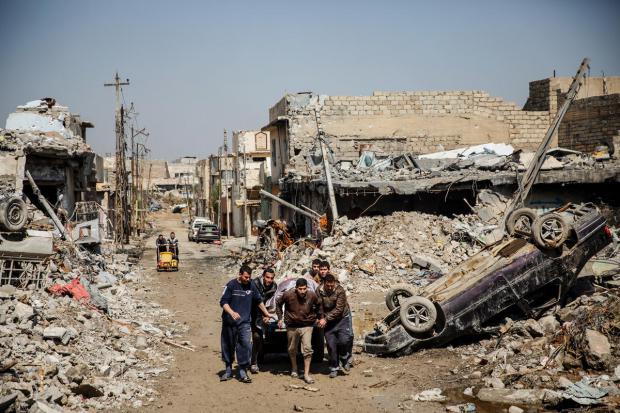 But the uproar over the March 17 deaths in the Jadidah neighborhood of Mosul masks a grim reality: Hundreds, and perhaps thousands, of other civilians have died in hundreds of airstrikes in Iraq and Syria during the war against Islamic State, and it appears likely that the vast majority of those deaths were never investigated by the U.S. military or its coalition partners.

It also appears that the number of civilian casualties has risen in recent months as combat has shifted to densely populated west Mosul and the coalition has undertaken the heaviest bombing since the war began almost three years ago.

The Pentagon insists the written rules of engagement in Iraq and Syria have not changed, but there are signs that military commanders on the ground are more empowered under President Trump.

Raed Mohammed Hasan, 30, said he lost neighbors and relatives, including his 11-month-old daughter, Rania, in an airstrike in east Mosul on Jan. 21. He and other residents say 11 civilians died in that strike, which occurred during the months-long battle to oust Islamic State from Iraq's second-largest city. Coalition records show a strike was carried out in Mosul that day, but officials say it is not being investigated for civilian deaths.