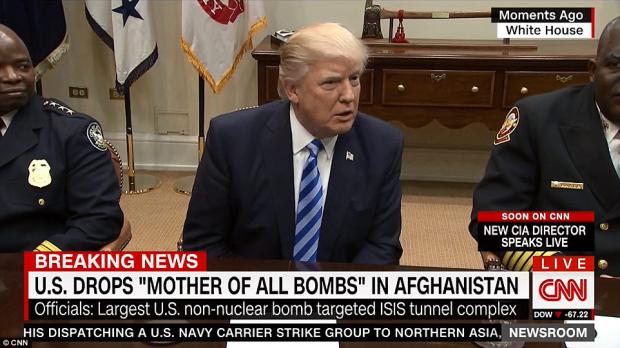 "Those tunnels the U.S is bombing in Afghanistan? They were built by the CIA," WikiLeaks tweeted on April 13.

"Those mujahedeen tunnel networks we're bombing in Afghanistan? We paid for them," Edward Snowden tweeted on the same day.

Both cited an article published by The New York Times on September 11, 2005, four years after the attacks on the World Trade Center in New York and the Pentagon in Washington.

It is worth quoting the Times at length:

"The first time bin Laden had seen the Tora Bora caves, he had been a young mujahedeen fighter and a recent university graduate with a degree in civil engineering. It had been some 20 years before, during Washington's first Afghan war, the decade-long, C.I.A.-financed jihad of the 1980's against the Soviet occupation. Rising to more than 13,000 feet, 35 miles southwest of the provincial capital of Jalalabad, Tora Bora was a fortress of snow-capped peaks, steep valleys and fortified caves. Its miles of tunnels, bunkers and base camps, dug deeply into the steep rock walls, had been part of a C.I.A.-financed complex built for the mujahedeen. Bin Laden had flown in dozens of bulldozers and other pieces of heavy equipment from his father's construction empire, the Saudi Binladin Group, one of the most prosperous construction companies in Saudi Arabia and throughout the Persian Gulf. According to one frequently told story, bin Laden would drive one of the bulldozers himself across the precipitous mountain peaks, constructing defensive tunnels and storage depots." (Emphasis mine.)