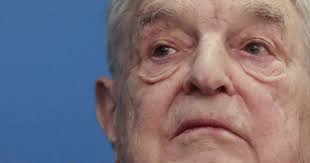 The group had also asked for responsive records of communication sent from Jess L. Baily, an Obama-appointee and former U.S. ambassador to Macedonia, and similar records of the political activities of the Open Society Foundation-Macedonia.

The USAID website reported that between Feb. 27, 2012, and Aug. 31, 2016, USAID gave $4.8 million in taxpayer money to Soros' organization. The USAID's website links to one of the Open Society Foundation websites, which says the project trained hundreds of young Macedonians "on topics such as freedom of association, youth policies, citizen initiatives, persuasive argumentation, and use of new media."

"The Obama administration seemed to bust taxpayer budgets in an effort to fund the Soros operation," said Judicial Watch President Tom Fitton. "The Trump State Department and USAID should get their act together and disclose the details of the Obama-Soros spigot."