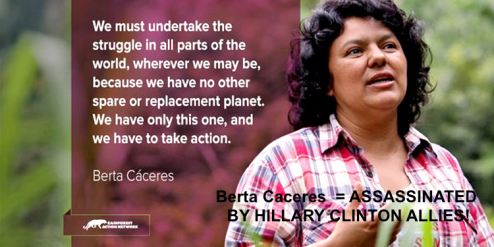 Honduras's President Manuel Zelaya was then dragged in his pajamas onto a plane at gunpoint and left on the tarmac in San José, Costa Rica. Foreign Minister Patricia Rodas was also seized by Honduran soldiers and flown out in an aircraft belonging to one of Honduras's wealthiest billionaires, Miguel Facussé. Power, cell-phone service, and broadcast facilities were promptly cut throughout the capital city Tegucigalpa, followed by a weeklong curfew enforced by tanks in the streets.

Within days, Honduras reverted to its recurrent role as a narco-state due to the coup,[i] as had been in the cases of 1978 and 1987. Public death lists began to circulate.[ii] By 2013 seventy percent of the police would be found "beyond saving," paid off or themselves engaged in organized crime, including trafficking, extortion, rape, and murder for hire. Twelve percent of Congress was narco.[iii] The son of Porfirio Lobo Sosa, President from 2010 to 2014, was a trafficker trading off of his lucrative government ties.[iv] U.S. funds poured into the unrepentantly brutal Miguel Facussé, a supporter of the 2009 coup and a known kingpin[v] who had acquired his billions by defrauding state enterprises and murdering scores of campesinos until he owned a fifth of the land in the Aguán Valley.[vi]