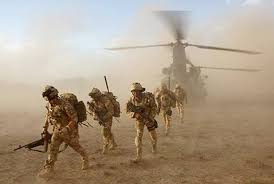 More than 2,000 US fighters have been killed in the 13 year Afghan war. More than 20,000 Afghan civilians were also killed. According to a study last year by a Harvard University researcher, the wars in Iraq and Afghanistan will cost in total between four and six trillion dollars. There is no way of looking at the US invasion of Afghanistan and seeing a success.

So in light of this failure, what does the Obama Administration do? Do they admit the mistake? Do they pull the remaining US troops out of Afghanistan and try to avoid making matters even worse? No! As with all US government programs, if the desired result is not achieved they just pump in more resources and continue with the same policies. The past 13 years have been an utter failure, so this past week the US government signed on for ten more years of war!

US troops were legally required to be out of Afghanistan by the end of this year, according to a status of forces agreement between the US and Afghanistan. The US was unsuccessful in negotiating a new status of forces agreement with outgoing president Hamid Karzai. The Afghan leader had grown critical of the US military presence – which has actually increased under President Obama. So, the US needed a new puppet in government.