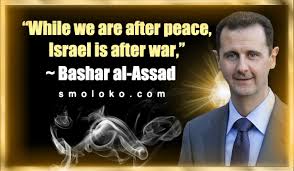 What is currently going on, and is it wise to intervene? It's probably a bad idea.

What started as peaceful demonstrations against Assad's dictatorial regime in 2011, turned into a bloody civil war lasting to this day. This bloody struggle involves several rebel groups, which are all Sunni-dominated, taking up arms in order to fight against the Syrian government.

Assad himself is an Alawite, a sect of Shia Islam, ruling a Sunni-majority nation. At first glance, it seems like an oppressed majority rising up against the tyrannical minority: a classic liberation story.

The truth is far more complicated

While undoubtedly being a horrible tyrant, Assad maintained relative religious freedom and principles of secularism in Syria, as opposed to the massive radicalisation the Sunni world is currently suffering from, most notably demonstrated by the rise of ISIS.