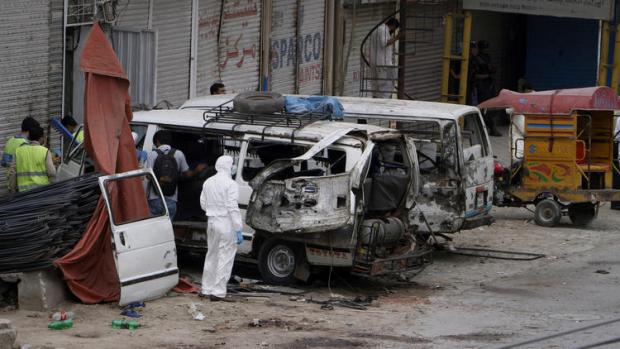 The bomber targeted a van carrying 17 soldiers, among the 200,000 deployed nationwide to provide security for Pakistan's first census in nearly two decades.

It was the latest deadly attack to strike Lahore, which had long been insulated from Pakistan's endless drumbeat of extremist violence but this year has seen a series of major bomb blasts.

The Pakistani Taliban, an umbrella group of militant organizations that target the government and military, claimed responsibility for Wednesday's bombing in a Whatsapp message to journalists.

Malik Ahmed Khan, spokesman for the Punjab provincial government, said officials had received information last week about a threat against census takers, but the intelligence did not specify the target.

Pakistan's census commissioner Asif Bajwa said that security arrangements would be reviewed but the counting process would continue.