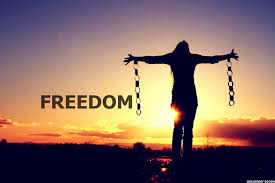 "Government is said to be a necessary evil. The saying appears to be without merit. For can anything be at once necessary and evil? True, all governments have had a history of evil-doing, more or less. However, it does not follow from this experience that their good is indistinguishable from their evil. Governments—assuming a proper limitation of their activities—are necessary and not evil. Their evil begins when they step out of bounds."—Economist Leonard Read

It is often said that if America ever ceases to be good, she will cease to be great.

Unfortunately, the American government has been the opposite of good for too long now.

In fact, the American government has been very, very, very bad: so bad, in fact, as to be almost indistinguishable at times from the evil it claims to be fighting, whether that evil takes the form of terrorism, torture, drug trafficking, sex trafficking, murder, violence, theft, pornography, scientific experimentations or some other diabolical means of inflicting pain, suffering and servitude on humanity.

Philosopher Susan Neiman suggests that referring to something as "evil is a way of marking the fact that it shatters our trust in the world."

It's an apt description for a government that keeps violating the sacred trust of its citizenry.

"We the people" should have learned early on that a government that repeatedly lies, cheats, steals, spies, kills, maims, enslaves, breaks the laws, overreaches its authority, and abuses its power at almost every turn can't be trusted.

We didn't learn this lesson under George W. Bush. We didn't learn it under Barack Obama. Although it has become fashionable among the media elite to blame the Trump Administration for all that is wrong with the country, where Americans go wrong is in becoming so fixated on a particular politician that they fail to understand that the fault rests with the Government: the permanent, entrenched Deep State that continues to call the shots in the halls of power.

Indeed, the evils perpetrated by the U.S. government have been going on for some time now.

Consider just a few of the ways in which the government—in a misguided, ill-conceived, flawed, bureaucratic and downright Orwellian attempt to fight evil with evil—continues to inflict evil on the citizenry.

This is what Douglas Anderson, chair of the University of North Texas' philosophy and religion department, refers to as a cost-benefit analysis. In this instance, the government weighed the cost of inflicting damage on innocent children who were being victimized and preyed upon against the benefits of catching people who download child porn. "It's a moral conundrum for anyone who takes the view that we are committed to protecting them in all ways," Anderson said in an interview with the Dallas Morning News. "They're weighing it against these kids' lives. World opinion says we have a basic duty to protect children. You'd have to have something pretty overwhelming to offset damaging more people. It would have to be awfully extreme to allow even one child to be harmed."

Trafficking weapons to catch drug traffickers. They referred to it as Operation Fast and Furious: a 15-month sting operation carried out by the Bureau of Alcohol, Tobacco, Firearms and Explosives aimed at dismantling Mexican drug cartels and disrupting drug trafficking routes within the United States. Only it didn't quite work out that way. As the National Review reports, "Under 'Operation Fast & Furious,' the U.S. government became a de facto arms dealer to Mexican drug cartels and Islamist criminals."

The concept was straight-forward enough: the U.S. government allowed gun sellers and informants to sell approximately 2,000 weapons to gun traffickers in the hopes that the weapons would be tracked to the drug cartels, which would then be targeted and disrupted. Although it appears that the weapons did make it into the hands of the drug cartels, government agents lost track of an estimated 1,400 weapons, many of which were linked to crimes, including the fatal shooting of a Border Patrol agent in 2010.