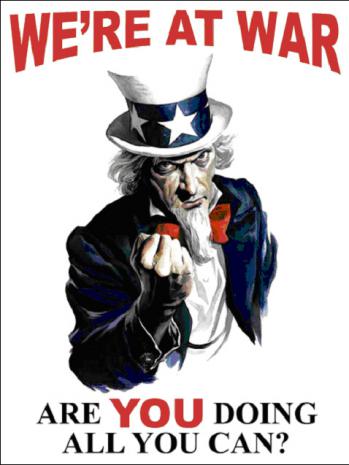 There's always plenty for libertarians to complain about in our troubled world, but in many respects, things could be much worse. I'm thinking particularly of how the U.S. government punished dissent before, during, and even after America's participation in World War I. Although it will be a few years before we observe the centenary of Woodrow Wilson's idiotic decision in 1917 to plunge the country into the Great War, this seems like as good a time as any to review his administration's, Congress's, and the courts' shameful conduct.

Wilson of course was reelected president in 1916 after a campaign that reminded voters, "He kept us out of war." But as Kennedy tells it, most of the public did not need to be dragged into war. (Germany's resumption of submarine warfare must have had something to do with this.) Resistance did not appear widespread, and efforts to suppress dissent (and activities having nothing to do with dissent) were more virulent at the grassroots level than in Washington. At some point, American nativism kicked in with a vengeance, and the prowar fever was easily exploited to turn up the heat on immigrants and workers.

The propaganda campaign was remarkable, the repression more so, as though the policymakers feared that a little dissent could turn the whole country antiwar. "Woe be to the man or group of men that seeks to stand in our way." That was Wilson's warning to the war opponents two months after he asked an obliging Congress for a declaration of war on Germany. "They had no small idea, as yet, just how much woe was to befall them," Kennedy writes.

Kennedy believes that suppression of dissent was made easier by a traditional American striving for agreement. The government's public school — known in the 19th century as the common school — won favor out of a desire to homogenize the religiously and ethnically diverse population. The "melting pot" was a popular notion. "Those deep-running historical currents," Kennedy writes, "darkly moving always beneath the surface of a society more created than given, more bonded by principles than by traditions, boiled once more to the surface of American life in the crisis of 1917–1918." Social stability was seen as requiring "sameness of opinion … commonality of mind."

TGIF: Liberty as a Problem-Solving Process