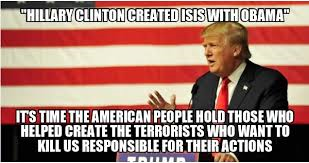 Kushner is the first member of Trump's inner circle to visit the country, currently engaged in a fight to drive the militant group from Mosul and other areas.

The visit comes at a critical time, as the Department of Defense crafts the new administration's strategy to combat the Islamic State in Iraq, Syria and beyond.

As the Wall Street Journal points out, Kushner is a relative newcomer to foreign policy but has been given broad authority over a number of sensitive issues including the brokering of a peace agreement between the Israelis and the Palestinians.  "If you can't produce peace in the Middle East, nobody can," Trump told Kushner at a gala a few days before his inauguration.

Mr. Kushner, 36, a newcomer to foreign policy issues, has taken an active role as an adviser to Mr. Trump on national security and foreign policy. Last month, Mr. Kushner made, for a White House official, a rare appearance at the Pentagon, where he met Saudi Arabia's Deputy Crown Prince and Minister of Defense Mohammed bin Salman during his meeting with Defense Secretary Jim Mattis.