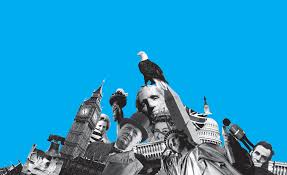 The purpose is to kill as many Muslims for Israel as possible. Here is the evidence:

Remember, the reason ISIS is in Iraq and Syria is that the US equipped ISIS and sent ISIS to overthrow Assad when the British Parliament and the Russian government blocked Obama's planned invasion of Syria. ISIS is Washington's creation, just as is Al Qaeda.

After 16 years and trillions of dollars, the Afghan Taliban still holds sway over "the world's only superpower" http://news.antiwar.com/2017/03/23/taliban-captures-strategically-important-sangin-district-in-southern-afghanistan/. Here is a US general's excuse for America's military defeat: http://news.antiwar.com/2017/03/23/us-general-russia-perhaps-supplying-taliban/ It is the Russians' fault!

Iowa turns down 71% of available vaccines on weak demand