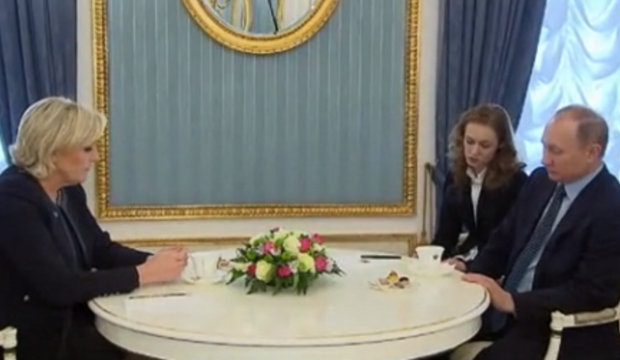 Russian media said Mr Putin told the Front National (FN) leader that the Kremlin has no intention of interfering with the election – which it has been accused of doing in the US last year.

Ms Le Pen's plan to visit Moscow on Friday was widely reported, with meetings set up with members of Russia's Duma, but there had been no word on whether the President would agree to meet her.

"We attach a lot of importance to our relations with France, trying to maintain smooth relations with both the acting power and the opposition representatives," state-controlled Russian media reported Mr Putin as saying.

"We don't want to influence in any way the events going on [in France], but reserve our right to communicate with all representatives of the country's political powers, as our partners do in Europe and in the US."

Opinion polls show Ms Le Pen, who has said she admires Mr Putin, getting through to the second, decisive round of France's presidential election on 7 May but then losing to centrist candidate Emmanuel Macron.