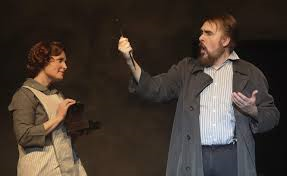 The Federal Communications Commission recently approved a request by Richard and Sharon Burns through their company Frontier Media to increase their interest in 29 radio stations in Alaska, Texas and Arkansas from 20 percent to 100 percent.

The agency long took what some viewed as a hard line in limiting foreign ownership under a 1930s law that harkened to war-time propaganda fears. But in 2013, it acknowledged a willingness to ease up after broadcasters complained the rules were too restrictive of outside investment.

The Burnses are citizens of Australia but have lived and worked in the U.S. since 2006, on special visas offered for Australians.

A family who owned six of the Alaska stations provided the opportunity that brought the couple to the U.S. The family wanted someone with international experience to operate the stations and help move the company forward, Richard Burns said. The stations in the Lower 48 were purchased later.

The Burnses' request to acquire full ownership was unopposed. The acquisition includes AM and FM stations and relay stations known as translators that help provide reception.