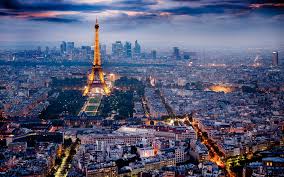 To be absolutely truthful, I don't know whether I have any friends in France. I'm not even sure I know anyone in France. But I'm writing this open letter to advise all of you who would be my friends if I knew them, that altruism may be very well and good (mind you. I was educated otherwise) but I implore you not to allow strangers into your beautiful country who only want to destroy it. Don't let them ruin the unique culture that all Americans (perhaps a tiny bit grudgingly) admire.

Your American friends (and I'm sure that you have legions of them) watched with horror as some of these strangers—radical Islamic terrorists, three words most politicians seem too cowardly to utter—filled the gentle Paris night with violence and bloodshed because, like wise Westerners everywhere (except, perhaps, in Sweden) you refused to comply with the barbaric customs they claimed a right to impose on everyone.

Now please let me remind you, as one "deplorable" to another: we, the French and Americans, have never fought a real war against each other. Instead, we have helped each other consistently over the centuries, you with our Rebellion against the British, we with the Germans in World Wars I and II. We were able to help for a simple reason. In 1917, every American male owned weapons, rifles, pistols, shotguns, even machine guns, and knew how to use them. In 1941, to some extent, that was still true. And at the time, you, yourselves, were fond of weapons of self-defense. Your inventors devised and manufactured many memorable ones.