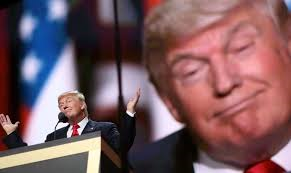 Indeed, he promised not to include in his administration "those who have perfect resumes but very little to brag about except responsibility for a long history of failed policies and continued losses at war." And he's generally kept that commitment, for instance rejecting as deputy secretary of state Elliot Abrams, who said Trump was unfit to be president.

Substantively candidate Trump appeared to offer not so much a philosophy as an inclination. Practical if not exactly realist, he cared more for consequences than his three immediate predecessors, who had treated wars as moral crusades in Somalia, the Balkans, Afghanistan, Iraq, Libya and Syria. In contrast, Trump promised: "unlike other candidates for the presidency, war and aggression will not be my first instinct."

Yet so far the Trump administration is shaping up as a disappointment for those who hoped for a break from the liberal interventionist/neoconservative synthesis.

The first problem is staffing. In Washington people are policy. The president can speak and tweet, but he needs others to turn ideas into reality and implement his directives. It doesn't appear that he has any foreign policy realists around him, or anyone with a restrained view of America's international responsibilities.