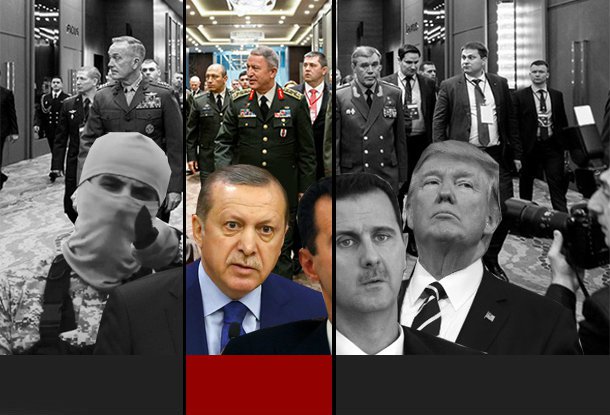 When the U.S. was confronted with an insurgency in Iraq it did not find fault with own behavior but identified Syria and Iran as the culprits. It decided to attack them too. As Seymour Hersh reported in 2007:

To undermine Iran, which is predominantly Shiite, the Bush Administration has decided, in effect, to reconfigure its priorities in the Middle East. In Lebanon, the Administration has cooperated with Saudi Arabia's government, which is Sunni, in clandestine operations that are intended to weaken Hezbollah, the Shiite organization that is backed by Iran. The U.S. has also taken part in clandestine operations aimed at Iran and its ally Syria. A by-product of these activities has been the bolstering of Sunni extremist groups that espouse a militant vision of Islam and are hostile to America and sympathetic to Al Qaeda.

Four years later the U.S. used the Sunni militants it created to first attack Libya and then Syria. With U.S. support the militants destroyed the independent Libyan state under Ghaddafi. The country is now in total chaos. In Syria the militants, with clandestine support from the U.S. and its allies, waged a six year long war to overthrow the government. Many of them joined the Islamic State and al-Qaeda, the Takfiri offsprings of the U.S. program and Saudi money that went (somewhat) rogue. These groups did not limit, as the U.S. wished, their attacks to U.S. enemies but committed several larger scale attacks against U.S. allied countries. Now the groups themselves are enemies.