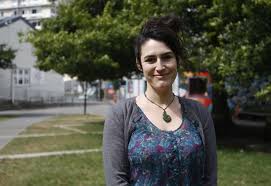 WELLINGTON, New Zealand (AP) — It's one thing to talk about changing allegiance to another country when a new president is elected. It's another thing to go ahead and do it.

But that's exactly what seems to be happening, on a small scale, in at least in one distant corner of the world.

In New Zealand, the number of Americans who applied for a grant of citizenship rose to 170 in the 12 weeks following the election of President Donald Trump from 100 in the same period a year earlier, immigration records obtained by The Associated Press show.

In New Zealand, a grant of citizenship is the pathway for people without a family connection. Among those Americans with a New Zealand parent, citizenship applications after the election rose to 203 from 183 a year earlier.

In response to an AP freedom of information request, New Zealand's Department of Internal Affairs said that in the two days after the U.S. election in November, the number of Americans who visited its website to find out about citizenship rose to 4,146 from 305 on the same two weekdays a month earlier.

To be sure, the total number of Americans applying for New Zealand citizenship remains low. The country is more than 10,000 kilometers (6,000 miles) from the mainland U.S. and is perhaps best known for its majestic landscapes. Farming remains central to the economy, with sheep outnumbering the 4.8 million people by about six to one.

Some Americans living in New Zealand say their friends and family have been asking them about moving there since the election.

Alanna Irving, 33, a technology startup entrepreneur from San Francisco, moved to New Zealand six years ago and has since married a kiwi, as the locals are known.

"It's an extremely livable place and you can see and palpably feel the difference in how society is organized, and what people prioritize," she said. "New Zealand is a place that cares about equality, I think more. It's less individualistic, more community-minded."

She said a friend of a friend was so disturbed by the outcome of the election that he immediately jumped on a plane and flew to New Zealand to check it out as a possible place to live. Irving said his visit exceeded his expectations.

Three Countries on Earth Declined the COVID Vax; All Three of their Presidents are now DEAD

Singapore: First country to stop counting COVID-19 cases: Treats it 'like the flu'

NEW NORMAL Singapore to become one of first nations to STOP counting Covid...