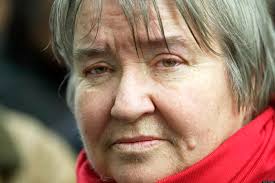 Convicted felon Lynne Stewart passed away on Tuesday. She was a noted criminal defense attorney in New York City who federal officials prosecuted, convicted, and punished for supporting terrorism.

It was a bogus charge, one that perfectly reflects the extent to which the U.S. national-national security state has warped the mindsets, principles, and values of people within the federal government and also within the private sector, especially the mainstream press.

Stewart was representing Sheikh Omar Abdel Rahman, the blind Egyptian cleric who was convicted in U.S. District Court in New York City of conspiracy to commit acts of terrorism.

Stewart was convicted of reading a message from her client to the press. The government said that by reading the message, Stewart committed an act of terrorism.

What did the message say?

The government said that the message called on the Sheik's followers in Egypt to take up arms — i.e., initiate violence — against the Egyptian government.

Did the message that Stewart read to the press actually say that?

Well, let's take a look at it. Here is what the message said:

I [Omar Abdel-Rahman] am not withdrawing my support of the cease-fire, I am merely questioning it and I am urging you, who are on the ground there to discuss it and to include everyone in your discussions as we always have done.

I have read that message dozens of times and, for the life of me, it just doesn't seem to say what the government says it says, at least not if one uses regular English.

NYC Spent Nearly Half A Million Dollars Per Inmate In 2020, Report Says

Locked Up: How the Modern Prison-Industrial Complex Puts So Many Americans in Jail