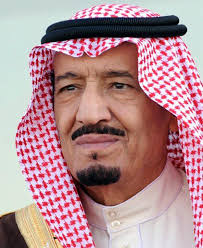 (WRC) — Malaysia has announced the arrest of seven suspected militants who were planning to assassinate Saudi King Salman ahead of his visit to the country last month.

"Apart from their role involving in producing false travel documents, they are also involved in distributing drugs… and they are also planning to attack the Arab royalties during the visit in Kuala Lumpur, so we got them in the nick of time," the Inspector General of Police Khalid Abu Bakar told reporters.

Police in Kuala Lumpur claim the four Yemenis belonged to the Houthi insurgency group that has been fighting Yemeni forces backed by a Saudi-led military coalition.

The Saudi King arrived in Kuala Lumpur safely on Feb. 26 for a four-day visit with a 600-strong delegation. In the five days before his arrival, Malaysia arrested one Malaysian, one Indonesian, four Yemenis, and one East Asian for suspected links to militant groups including ISIS, police said in a statement.

The four Yemeni suspect arrests were made near the capital Kuala Lumpur, in Serdang and Cyberjaya. Police found several international passports, along with $60,742.41 (270,000 ringgit) in different currencies.