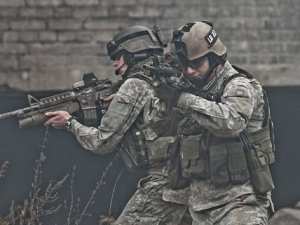 It's generally foolish to look for clear thought and sincere intent in anything Donald Trump says. But a glimmer of hope emerged in his Monday comments on America's recent military ventures. "We have to start winning wars again," he declared. "We've either got to win or don't fight it at all."

If he means it, he should make a firm decision about Afghanistan, where we have no prospect of winning and no appetite for what it would take even to gain the upper hand. In truth, we have already lost that war. It has gone on for more than 15 years, making it the longest conflict in our history. And we are further from victory today than when we arrived.

U.S. military officials, reports Reuters, acknowledge that the Kabul government controls only 60 percent of the nation's territory. The Taliban, which we invaded the country to remove, control some 15 percent, with the remainder contested. The Islamic State and al-Qaida are also in the fight.