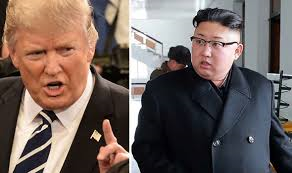 The Trump Administration, and Deputy National Security Adviser K.T. McFarland in particular, are seeking "outside the mainstream" options for dealing with North Korea, according to reports, and that among these options would be attacking North Korea outright.

While the US has kept a large number of troops on North Korea's border for generations now, but has long centered that deployment on deterrent factor, keeping the two sides, though technically still at war, from too much direct fighting with one another.

McFarland requested multiple options along with the usual one, citing a "fresh series of provocations" from North Korea, including a possible US military attack on North Korea and also the possibility of just recognizing North Korea as a nuclear state.

Either would be a dramatic shift in US policy, though an outright invasion of North Korea would be particularly shocking to the region, as it would feature a conflict with a nation which may or may not have deliverable nuclear weapons, and an arsenal of missiles and artillery that could do massive damage to neighboring South Korea.