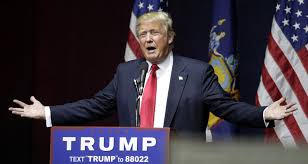 Consider the drug war. After decades of manifest failure, death, destructiveness, and loss of liberty among the American people, what does Trump want to do with the drug war? Why, he wants to ramp it up and wage it even more fiercely.

What conservative doesn't love that?

He wants to beef up the military with even more money, notwithstanding two facts: (1) the military establishment already receives federal largess that exceeds the amounts spent on the military in the next seven countries combined, and (2) the military has gotten the United States embroiled in forever wars in the Middle East and Afghanistan. Trump also wants to further militarize American society with grand and glorious military parades, just like they did in the Soviet Union.

What conservative doesn't love that?

Trump intends to embark on a massive nationwide infrastructure project. He thinks that public works are a way to "invest" in America and bring jobs to communities across the land.