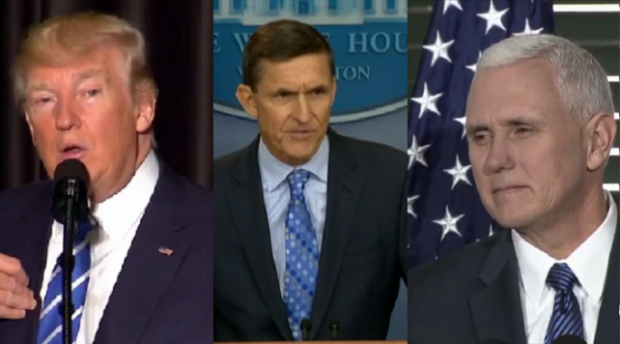 Vice President Mike Pence today said he was "disappointed" that now former national securityadviser Michael Flynn misled him about the nature of his conversations with Russian officials during the presidential transition period.

"I was disappointed to learn that the facts that had been conveyed to me by Gen. Flynn were inaccurate," Pence told reporters at a joint news conference with the head of the North Atlantic Treaty Organization in Brussels. "I fully support the president's decision to ask for his resignation."

It was Pence's first time speaking about President Trump's asking Flynn to resign.

"I'm very grateful for the close working relationship I have with the president of the United States," Pence said. "It was the proper decision. It was handled properly and in a timely way. And I have great confidence in the national security team of this administration, going forward."

Trump asked for Flynn's resignation after learning he did have communications in December with the Russian ambassador to the U.S. about pending sanctions by the Obama administration, after initially believing there was no such discussion.

Pence was kept in the dark for two weeks, according to Pence's press secretary.

Pence repeated the incorrect claim in January that Flynn did not discuss the sanctions, then learned through media reports that Flynn misled him.