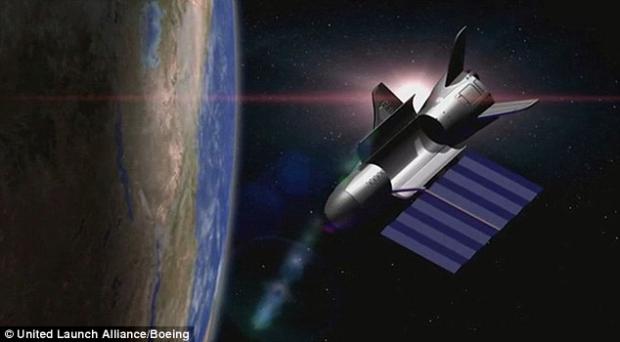 The X-37B space plane, an experimental program run by the Air Force, launched atop a United Launch Alliance Atlas V rocket on May 20, 2015.
Now, experts claim it may be about to finally return to Earth - almost two years later.

'The historic Shuttle Landing Facility at the Florida spaceport is preparing to once again host an end of mission landing as the Air Force's X-37B mini spaceplane prepares to return from a near two year mission on orbit,' nasaspaceflight.com said.

However, the Air Force claimed the movement was simply a test exercise, meaning the mission continues.

nasaspaceflight.com says even if there is a test, the landing equiment has been left in place for a possible landing.