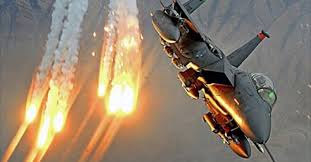 By: Jason Ditz / AntiWar   While the US is still insisting there is "no evidence" of any civilians killed in Friday's attacks on the Helmand Province, the United Nations has conducted a preliminary assessment, and found at least 18 civilians killed in the US airstrikes, overwhelmingly women and children.

This is roughly in line with local estimates, which put the civilian death toll at 22 in the airstrikes, which destroyed a number of homes in the village of Lakari. The village is under the Taliban's control, and used as one of several staging areas against Lashkar Gah.

Reports suggest that the US was attempting to target Taliban forces who occupy the village's mosque, but ended up hitting nearby residential neighborhoods instead, leveling homes and burying a number of civilians within.

The US has promised a formal review, but so far only of the "credibility" of the allegations, and not of the death toll itself. This unwillingness to take such incidents seriously after initial reports is a big part of why official US reports tend to underreport the death tolls quite significantly, as by the time they decide something is credible enough to investigate, all the victims have been buried for months.