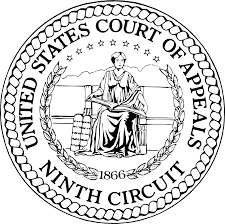 Apart from the unremitting attacks on Republicans by paid mobs and Democratic congressmen desperate to help the base forget they lost big time and will continue to do so in 2018, the big news this week has to be the Ninth Circuit Court of Appeals granting itself the right to dictate foreign policy despite the clear words of the Constitution and federal law granting the president the absolute right to preclude entry to any alien he thinks poses a threat to national security.

Following a nonsensical decision by federal court Judge James Robart in Washington state staying the suspension of entry from seven countries, the administration sought to overturn it -- the most popular Trump executive order -- in the Ninth Circuit, the largest and most frequently overturned federal Circuit Court.

In the meantime, the Department of State is bringing in refugees at a furious rate:

1,618 have come in since Trump first signed an EO to pause the refugee program for 120-days -- and less than a week since Judge Robart ruled on a portion of the EO.

Of the 1,618, the following came from countries the Administration was particularly concerned about. And, remember, although there were 7 countries of concern (90 day pause from 6 of them) Syria was to be halted indefinitely:

No refugees came from Libya or Yemen, however, 78 came from Afghanistan in less than a week -- a country I maintain should have been included from day one.