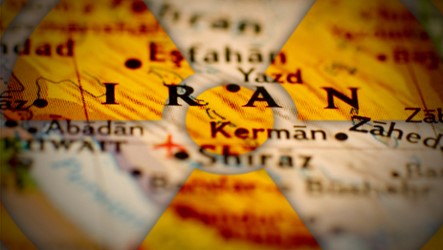 Less than three weeks into the presidency of Donald J. Trump, there are several troubling signs that the new administration is abandoning its foreign policy mandate and going off the rails.

First and foremost is the saber-rattling aimed at Iran. The ostensible reason for this is Tehran's testing of mid-range ballistic missiles which, we are told, are "nuclear capable." But of course any and all ballistic missile systems can be modified to carry nuclear warheads, and since Iran is complying with the JCPOA agreed to by Tehran and the Western powers, this is just rhetorical noise generated for home consumption. Accusations by the Trump administration that the tests violate a UN resolution are inaccurate: part of the Iran deal was a revision of an earlier UN resolution that forbade such tests to read that the international body merely "calls on" the Iranians to refrain from such activities. The Obama administration opposed this, but received no backing from our European "allies." So the tests are "legal," albeit considered provocative.

And yet, as Kelsey Davenport and Daryl Kimball of the Arms Control Association point out: "Given the tensions between Tehran and its neighbors, it is extremely unlikely that Iran will stop developing its ballistic missile capabilities when countries like Saudi Arabia and Israel field ballistic missiles capable of targeting Iran." Indeed, the Saudis have been procuring nuclear capable ballistic missiles from China since the 1980s, more recently with CIA approval. And US arms sales to the Saudis have buttressed their military, enabling the Kingdom's invasion of Yemen – the first such action in the region since Saddam Hussein marched into Kuwait in the early 1990s. All this gives heft to Tehran's contention that their missile tests are strictly defensive.

The real epicenter of the gathering storm is Yemen, where the Saudis have intervened in the ongoing civil war at the "invitation" of a "President" with no popular support (and whose "election" was engineered in a contest with only one candidate). The insurgent Houthis – northern-based adherents of a dissident sect of Shia Islam – have taken over most of the country, except those areas in the southeast controlled by a resurgent al-Qaeda. It is a conflict grounded in local issues, but the Saudis and our own War Party have internationalized it to such an extent that all mentions of the Houthis in Western media are preceded by the phrase "Iranian-backed" – although no evidence is ever presented to support this claim. In fact, such weapons as the Houthis possess were looted from Yemeni government warehouses when the regime was toppled and large sections of the military went over to the rebels. The reality is that the Houthis are theologically opposed to their Iranian Shi'ite counterparts, an important point that Western journalists routinely overlook, due perhaps to their ignorance of – and contempt for – religion in general.

As the Saudis bombed civilian targets – in one incident targeting a funeral, 140 people were killed – the Obama administration, which had been aiding Riyadh with arms and intelligence, began to pull away from the conflict – but it was too late. In  October, Houthi missiles reportedly targeted US ships at the mouth of the Red Sea, and now American officials are claiming that a suicide attack on a Saudi ship was actually meant to target a US ship – a dubious claim, to be sure. This has now morphed into accusations by the Trump administration that the Iranians are targeting US ships in the region.