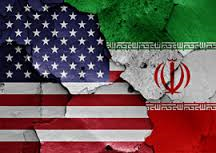 His credibility is now on the line.

And what triggered this virtual ultimatum?

Saudis have been bombing the Houthi rebels and ravaging their country, Yemen, for two years. Are the Saudis entitled to immunity from retaliation in wars that they start?

Where is the evidence Iran had a role in the Red Sea attack on the Saudi ship? And why would President Trump make this war his war?

As for the Iranian missile test, a 2015 U.N. resolution "called upon" Iran not to test nuclear-capable missiles. It did not forbid Iran from testing conventional missiles, which Tehran insists this was.