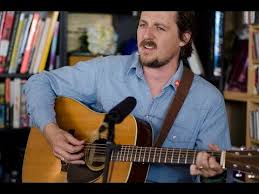 Sturgill Simpson is one of the most under-appreciated, under-aired, unknown, and immensely talented musical artists around. Up until last month, in fact, most Americans have never heard of him — because he's entirely too truthful to be on the radio.

To his devoted fans, this author included, Sturgill Simpson is a pioneer in the realm of music — and activism. For years, Simpson has been enlightening his listeners, not only through his band's amazing sounds but also through his activism.

Sturgill Simpson is unafraid of being unpopular for telling the truth, and it has reflected in his music for more than a decade since the days of Sunday Valley. For Simpson, nothing is taboo — up to and including his antiwar stance.

While he's best known for being the country singer who sounds like a mix of Conway Twitty, Waylon Jennings, and Merle Haggard — and the one who sings about the mind-expanding powers of hallucinogens like 'Marijuana, LSD, Psilocybin, and DMT' — Sturgill also loves to blast the military industrial complex.

His music and band are so powerful that many people may miss what he's saying, but not us.

Jimmy Fallon's The Tonight Show gets renewed for a further FIVE YEARS despite terrible ratings..

House of the Dragon, the Game of Thrones successor, begins production

Blame Millennials For The Dramatic Surge In Cord-Cutting