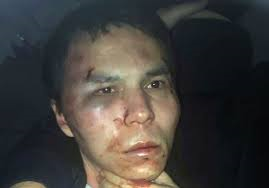 The Uzbek attacker was caught in his friend's house in the Esenyurt district of Istanbul. The terrorist, who according to the Turkish press is a member of the Islamic State, is now being transferred to Istanbul Police Headquarters.

More from the Turkish source:

Police have been after the terrorist since January 1. Security forces have previously raided a house in Istanbul's Maltepe district and detained Masharipov's wife, whose identity has been kept hidden. Previous reports stated that his wife and his family members had been detained by police after the attack.

"I learned about the attack from TV. I didn't know that my husband was a Daesh terrorist, let alone a sympathizer," media reports had quoted his wife as saying. After staging the attack on the nightclub, the terrorist went to a house in Zeytinburnu, where his wife and children were brought to. Masharipov then took his 4-year-old son and went missing.

"We said goodbye to each other and he left the house," Masharipov's wife told anti-terror police during her interrogation.