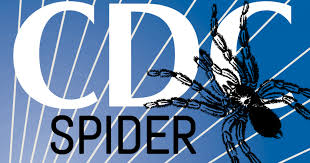 There is a group of anonymous scientists at the US Centers for Disease Control—they call themselves the Spider Group—Scientists Preserving Integrity, Diligence and Ethics in Research. They have penned a letter to the CDC's chief of staff, Carmen S. Villar:

Here is the explosive accusation they make:

"We are a group of scientists at CDC that are very concerned about the current state of ethics at our agency. It appears that our mission is being influenced and shaped by outside parties and rogue interests. It seems that our mission and Congressional intent for our agency is being circumvented by some of our leaders. What concerns us most, is that it is becoming the norm and not the rare exception."

"Some senior management officials at CDC are clearly aware and even condone these behaviors. Others see it and turn the other way. Some staff are intimidated and pressed to do things they know are not right."

"We have representatives from across the agency that witness this unacceptable behavior. It occurs at all levels and in all of our respective units. These questionable and unethical practices threaten to undermine our credibility and reputation as a trusted leader in public health."

I have written at length about another whistleblower at the CDC, William Thompson, a long-time researcher who, in August of 2014, confessed in writing to massive fraud (archive here). He admitted that, in a study on the safety of the MMR vaccine, he and his colleagues literally threw vital sheets of data into a garbage can. The study then gave a free pass to the vaccine, claiming it had no connection to autism—when in fact it did. Thompson is the subject of the film, Vaxxed (trailer).

Now with this letter, we see that other scientists at the CDC are blowing the lid off internal corruption at their Agency.

If, in fact, President-elect Trump gives the green light for an independent investigation of the CDC, as press outlets are now reporting, and if he appoints Robert Kennedy Jr. to head up that panel, as Kennedy claims, we are going to see a large number of hidden facts emerge from the secretive halls of the CDC.

Because this Spider Group is anonymous, I wanted to make sure their letter is real. I contacted reporter Carey Gillam (twitter), who has been covering the story. I received this reply: "I was able to authenticate the letter by contacting CDC's public affairs office and asking them directly about it after I received it from internal CDC sources."

You can read the full Spider Group's letter here at US Right To Know. (More on the letter by Carey Gillam here.)

And now I write a letter to them, so they can deepen their investigation.

I commend you on making an important start. You're on the right road. As a reporter who has covered the CDC for many years, I offer you three suggestions. This short list is by no means exhaustive. I'm just pointing to a few areas where your own research will yield very rich and fertile results.

Let me take you back to the late summer of 2009, and the Swine Flu epidemic, which was hyped to the sky by the CDC. The Agency was calling for all Americans to take the Swine Flu vaccine. Remember?

The problem was, the CDC was concealing a scandal.

At the time, star CBS investigative reporter, Sharyl Attkisson, was working on a Swine Flu story. She discovered that the CDC had secretly stopped counting cases of the illness—while, of course, continuing to warn Americans about its unchecked spread.

The CDC's main job is counting cases and reporting the numbers.