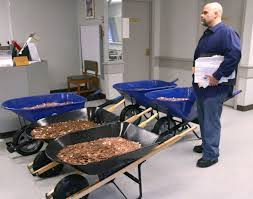 By: Carey Wedler / AntiMedia   As Americans weather unprecedented division and vitriol amid the impending presidency of Donald Trump, there's one thing many can still agree on: the Department of Motor Vehicles (DMV) is a deplorable place that yields unending frustration, wasted time, and excessive fines.

In this spirit, after dealing with bureaucracy and headaches from the DMV, Virginian Nick Stafford decided to inconvenience the agency, as well. According to his version of events, after attempting to contact the Lebanon, Virginia, DMV to determine which of his four addresses he should register his son's new car under, he was met with a road block. Rather than being connected to Lebanon, he was redirected to a call center in Richmond.

Stafford made use of the Freedom of Information Act, which is often used to obtain documents government agencies withhold. He used it to obtain the Lebanon phone number, which he received.

But as the Bristol Herald Courier, a local paper, explained:

"When Stafford called the number he was given, he said the employees at the DMV told him the phone line wasn't meant for public use. However, Stafford said after repeated phone calls, the DMV eventually answered his licensing question."

Apparently frustrated with the difficulty of obtaining basic information required to pay the agency in question, Stafford decided to take it several steps further:

"So, Stafford went to court to get them."

He eventually filed "three lawsuits in Russell County General District Court: two against specific employees at the Lebanon DMV and one against the DMV itself."

Unsurprisingly, the court sided with the DMV in a court ruling on Tuesday after a representative for the state's attorney general's office presented Stafford with the requested phone numbers. The judge also declined to issue any fines or penalties to the DMV employees who failed to provide the phone numbers. These fines "could have been between $500 and $2,000 per lawsuit if the employees had 'willfully and knowingly' violated public records law."

Stafford expressed the importance of making use of laws like FOIA:

"I think the backbone to our republic and our democracy is open government and transparency in government and it shocks me that a lot of people don't know the power of FOIA."

"The phone numbers are irrelevant to me," he also said. "I don't need them. I told the judge 'I think I proved my point here.'"

But he had one more point to prove. Stafford still had to pay $3,000 in sales tax to the DMV for his purchases of two cars — his son's and one other. He hired 11 people to break up rolls of pennies and place them in wheelbarrows, which he proudly presented to the DMV.

"One might feel bad for the Lebanon DMV employees, who chose to count the coins by hand. But Stafford is within his legal right. According to the U.S. Department of the Treasury, 'United States coins and currency are legal tender for all debts, public charges, taxes and dues" under the Coinage Act of 1965.'"