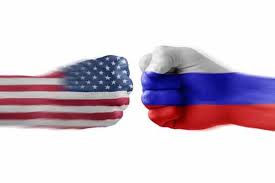 Is there a coup underway, while America is in the transition period, and before Trump swears in as the 45th president of the United States?

How real is the clash between the rogue Manhattan billionaire and the intelligence gang behind the throne? Who will win the struggle for power over foreign policy? These are serious times and require serious considerations.

The U.S. sent an entire armored brigade to the Russian border, and Vladimir Putin is preparing as if for war. Missile defense systems are raised; tall claims and serious charges have been leveled; diplomatic relations have chilled to a permafrost. Several Russian diplomats have turned up dead recently, including one murdered in front of cameras during a dramatic assassination in Turkey. Russia has bucked U.S. order in the Middle East, and carved out a potential peace deal in Syria without their consultation.

Things are reaching a flashpoint, and the system is concerned about controlling President-elect Trump given his rumored friendliness with Putin and plans to drop sanctions.

Will there be a "shock" designed to correct Trump's foreign policy, and set-off the ticking time bomb between East and West into all-out hostilities?

Though these two world powers have clashed repeatedly in recent years, there several key factors that make this round extra alarming – and put a peaceful transition into question of exploding into total war, and an undermining force from within the deep state, CIA and shadow government:

– Until Donald Trump swears in and settles into the White House, the U.S. remains in a strange air, with an open window for a coup to take place, or a major unforeseen disruption (including something like a terrorist attack). If the deep state wants to start a war which President Trump will be forced to finish, they can. If the deep state wants that same war to block Trump from taking power, or from making major decisions, they will.

– With claims that Russia hacked the U.S. election, foreign policy has never been more warlike. Despite lacking evidence, and a politically-heavy spin on events, the powers-that-be intend to drive home the narrative that Putin crossed the line, while Trump is his puppet, and the alternative media his mesmerized "fake news" cheerleaders. This narrative is false, but could fan the flames for war.

– The new Cold War has been solidified; the aggressive rhetoric in Washington, and highly militarized movements such something big is coming down the pipeline. Though there may not be all out war, tensions will be very high; people will be placed under suspicion; nuclear war and other highly deadly scenarios are on the table like never before. The stage is set for world war three.

– Leftists and angry Hillary supporters are revolutionary, if severely misguided. Rosie O'Donnell was only the latest celebrity figure to call for martial law in order to postpone the inauguration, and put Trump on trial. The deep state crew that tags along with Hillary are also quite dangerous – the CIA and shadow advisor types. It is possible that some of these figures are involved in assassinating diplomats, chauffeurs and personal aides close to Putin and his network.

– In his final week in office, lame duck Obama could lay an egg that hatches the war. Or, intelligence community figures could go rouge; black ops, a false flag or a successful provocation/antagonization event could trigger a massive kick off to war that no president could simply stop with the stroke of a pen. There is the distinct possibility that if things go hot in a very short span of time, national emergency and outright war will put all other considerations behind them. Gear up for major conflict could be the only way to reset the devastating economic conditions, and the debt bomb that the federal government and federal reserve are prepared to drop on us.

1 Comments in Response to Is This The Coup In America? "US Troops on Russian Border" To Start War Before Inauguratio

Bay-of-Pigs timing. An operation begun toward (or in this case AT) the end of one administration spills over into the next. A rich source of "plausible deniability". As in - I didn't start it!