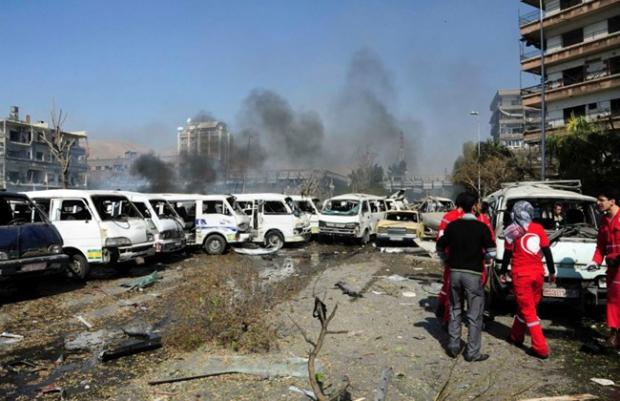 "From 1 p.m. to 1:19 p.m. Moscow time, the Russian Embassy was bombarded by terrorists. One mortar bomb, which luckily didn't explode, landed in the courtyard inside the embassy premises," the Foreign Ministry said in a statement.

"The second mortar bomb landed in the neighborhood" near the embassy, the statement said, adding that deminers intervened to defuse the explosives.

"We consider this new act of provocation by extremists seeking to derail the peace process in Syria, to be a confirmation of their intention to continue to sow terror and violence" in the war-torn nation, the ministry added.

The Russian Embassy in central Damascus has been the frequent target of rebel fire ever since war erupted in 2011.

In May 2015, a man was killed when mortar rounds landed near the embassy complex.

Moscow has been a key ally of President Bashar Assad since the outbreak of the war.