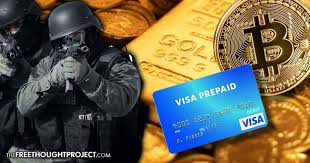 Following exceedingly unpopular moves by China and India, the European Commission has now proposed to tighten controls on cash and precious metals — going so far as to allow confiscations of gold and assets — of anyone even believed to be associated with terrorism or terrorists.

These confiscations and strictures around personal wealth would be part of the European Union's "action plan against terrorist financing," proposed following the terrorist attacks on Paris in November 2015 — except the impetus to apply the measures came when a truck plowed through a bustling Christmas market in Berlin on December 19, killing 12 people and injuring scores more.

It appears the Commission surreptitiously proposed tighter controls on cash and precious metals after the market attack but in just before the holidays — possibly to avoid an acrimonious backlash.

"Under the new proposals, customs officials in European Union states can step up checks on cash and prepaid payment cards sent by post or in freight shipments."

But travelers to Europe won't avoid the clamp down, as the report continues:

"Authorities will also be able to seize cash or precious metals carried by suspect individuals entering the EU.

"People carrying more than 10,000 euros [slightly over $10,450] in cash already have to declare this at customs when entering the EU. The new rules would allow authorities to seize money below that threshold 'where there are suspicions of criminal activity,' the EU executive commission said in a note."

According to Reuters, the European Commission is debating whether to implement an EU-specific "terrorist finance tracking programme" to mirror one already in place between the EU and the United States, which, Reuters notes, "has long been opposed by EU lawmakers and privacy campaigners because it allows widespread checks on consumers' bank transfers."

Interesting, the U.S. Department of Treasury — upon implementation of the American terrorist financial tracking plan — wrote what seems, in retrospect, as if it were trying to convince itself of the plan's merit, stating:

"This is exactly the kind of program that Americans want and expect from their government to prevent further terrorist attacks."

But the Commission didn't stop there.

Also proposed are common rules among the 28 member nations to freeze "terrorists' financial resources" — and confiscating the financial assets of anyone even thought to be associated with criminals.

Notices of Liability for COVID-19 Vaccine Harms and Deaths Served on All Members of ...