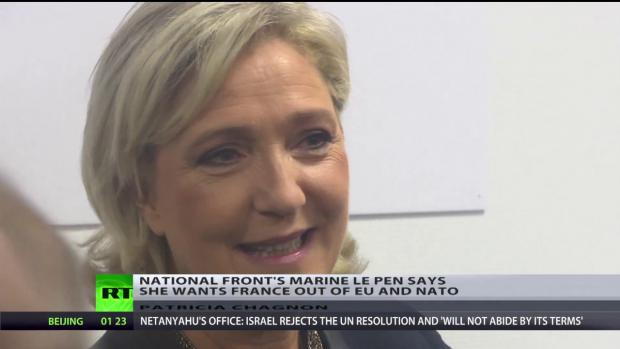 Le Pen, the leader of France's far-right National Front and a candidate for the 2017 presidential elections, is known for her Euroscepticism and anti-immigrant views. Together with France, she also suggested that Portugal, Italy, Spain, Ireland, Greece and Cyprus should also leave the European Union.

"Frexit will be a part of my policy," she said in an interview with Dimokratia. "The people must have the opportunity to vote for the liberation from slavery and blackmail imposed by technocrats in Brussels to return sovereignty to the country."

Along with her main rival, the center-right Francois Fillon, Le Pen has called for closer ties with Russia and has criticized NATO expansion into eastern Europe. Le Pen said that she would take France out of the alliance if she became president because, as she said, its existence is no longer needed.