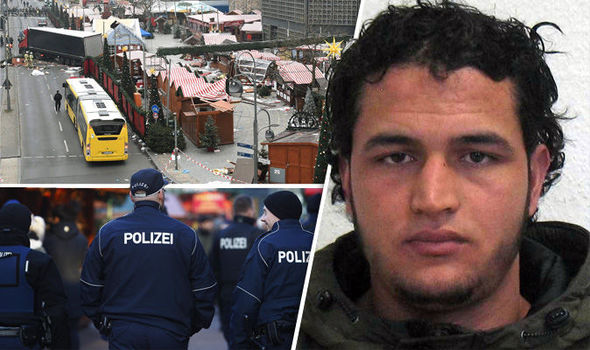 In what should be a wake up call to German Chancellor Angela Merkel, a search is on for Anis Amri, a Tunisian who was denied asylum but stayed in Germany anyway.

Germany tried to deport Amri, but no country would take him.

Germany issues a Europe-wide police alert for Tunisian suspect Anis Amri, believed to be responsible for the Berlin Christmas massacre.

German authorities had attempted to deport a Tunisian man who is being sought in connection with Monday's deadly attack on a Berlin Christmas market, but were unable to do so because Tunisia refused to recognise him as a citizen.

Ralf Jäger, interior minister for the German region of North Rhine Westphalia, said the man, whose documents were found in the cab of the truck that was used in Monday's assault, had earlier been investigated by the authorities in Berlin on suspicion of preparing a terrorist attack. But the probe had been closed, he said.