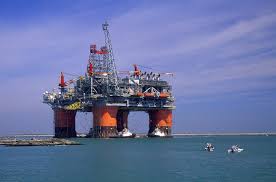 As far as the markets are concerned, OPEC's 32.5-million bpd output cut dealagreed to two weeks ago could go either way, and the uncertainty makes it anyone's guess—but MCW Energy, the pioneer of breakthrough clean oil sands extraction in Utah, is not concerned:

If oil prices remain low, its production costs are dramatically reduced, and in any scenario, its breakthrough technology makes everything from Utah's vast oil sands to the Permian Basin's massive offerings easier to extract.

When you combine MCW's immunity from oil price vulnerability with a Utah play that has an estimated 87 million barrels of proven reserves worth about $3.4 billion in today's market, can produce at a market-defying $27/barrel and is the first technology to offer a clean, safe and efficient way to get oil sands out of the ground and pump more from the giant Permian Basin, you have a company poised for massive gains in the New Year.

For all those oil sands skeptics out there: This isn't Canada, where production is presently prohibitively expensive, and oil sands are equated with toxic trailing ponds that make environmental issues a major hurdle.

This is Utah, and more precisely, it's Asphalt Ridge, in the heart of the western Green River Formation, where MCW Energy has been cleaning Utah's oil sands and selling it off since the beginning of this year, with plant capacity now being augmented to 500bbl/day. And it's all being done with zero water and zero trailing ponds.

But there is an even bigger play going on behind the scenes here—beyond the revolutionary oil sands developments: MCW's proprietary technologies can boost production and reserve values and unlock the potential of sizable assets, not only from their estimated 89 million barrels in Utah, but also from an estimated 168 million barrels they've recently scooped up in Texas' prolific Permian Basin—just for starters. This is where top producers such as Anadarko Petroleum Corp. (NYSE:APC), Apache Corp. (NYSE:APA), BHP Billiton (NYSE:BHP) and Chevron Corp. (NYSE:CVX) are gathering in full force to tap America's oldest and most prolific basin whose best days are still ahead of it.

Nor does it stop there: This proprietary technology can also be licensed out for potentially millions in sales because it not only improves the filtration of a pay zone, but it's also poised to be the hottest new thing in global remediation—from Alberta's trailing ponds and far beyond.

The 'back of the envelope' upside here is fantastic, and the future looks lucratively clean.

As MCW Energy (traded in the U.S. under MCWEF and in Canada under MCW.V) forges ahead, carving out a unique position and pioneering an entirely new oil sands future, paying only passive attention to illusory OPEC ups and downs, here are 6 reasons to keep a very close eye on this company right now:

Canada might be a global oil sands behemoth, but extracting is a dirty process that's given bitumen a dirty reputation. Utah is the venue that will rebrand oil sands, and MCW is the company that is making it happen with propriety technology.

And Utah has over 32 billion barrels of oil sands to be extracted in 8 major deposits. It also has fantastic infrastructure and a royalties set-up that makes great sense for operators. Now that it is possible to extract oil sands without harming the environment—or using up the state's water supply—32 billion barrels of potential here is expected to generate some massive royalties.

2. A Billion-Barrel Play with Plenty of Upside

MCW Energy has two leases in the oil sands heartland of Utah—one at Asphalt Ridge and one at Temple Mountain.

The 1,128-acre Asphalt Ridge lease is estimated to hold 20 million barrels of bitumen, according to assessments by Chapman Petroleum. MCW Energy acquired this acreage in 2012, and built a 250-barrel/day plant onsite, which is now in the process of being augmented to handle twice that.

Then, just this year, MCW acquired the lease from nearby Temple Mountain Energy, adding another estimated 88 million barrels of bitumen to its portfolio, which Chapman values at $81 million. This is where it gets really big: This is the site of a future 2,500-barrel per day plant, for which the design is already nearing completion.

To recap, that's 100+ million in bitumen in total. And it doesn't stop there. MCW Energy is seeking more prime acreage in Asphalt Ridge—which is believed to hold some 1 billion barrels of recoverable oil.

3. Production Costs that Don't Depend on OPEC

While traditional oil and gas companies are having a tough time coming up for air in the ongoing depressed oil price environment, MCW Energy is moving forward quickly precisely because low oil prices have given them a production boost.

As MCW prepares to ramp up production to 500 barrels per day, it's also seeking to further reduce production costs by moving its extraction plant to the newly acquired Temple Mountain site, which comes along with lower environmental and regulatory costs. Even more significantly, once it makes this move it will cut an estimated $7.60 per barrel off the transportation cost.

While it may sound like an expensive move—relocating an entire plant in a short time. In reality it's not. The MCW plant is modular. It can be disassembled and re-assembled at the new location in a matter of 90 days. After that, it will be augmented to handle twice its original capacity and should be operational next Spring.