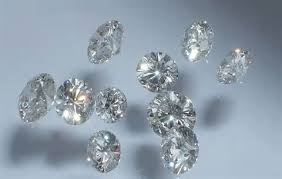 Researchers at the University of Bristol have managed to transform radioactive graphite waste into efficient diamond batteries with a lifespan of over 5,000 years.

Thanks to the work of UK scientists, diamonds may soon become much more than a luxury good. A group of scientists at the University of Bristol has discovered how to turn radioactive waste into artificial diamonds that can generate electricity efficiently when used as batteries. This new development, shared at the university's annual "Ideas to change the world" lecture, could solve numerous problems related to energy generation such as nuclear waste, clean electricity generation, and battery durability.

The researchers have gone through several prototypes before the current version was realized. Their first "diamond battery" used radioactive Nickel-63. This unstable isotope of nickel has a half-life of approximately 100 years, meaning that after a century of use, 50% of the battery's "charge" would remain. However, the scientists soon discovered a source that would not only produce longer lasting batteries but would also help manage nuclear waste left over from decades past.

The now-defunct Magnox nuclear reactors, used principally in the UK from the 1950s to the 1970s, used graphite blocks to moderate nuclear reactions. However, the consequence of their continual exposure to radiation was that the blocks soon became radioactive themselves. With the last of these reactors retired just last year, save for those still used in North Korea, many of these radioactive blocks now account for 95,000 tons of radioactive waste urgently needing safe disposal. These blocks contain carbon-14, an unstable carbon isotope with of half-life of 5,730 years. This long half-life means that, as nuclear waste, they most be stored for millennia to avoid contaminating the environment. However, thanks to the discoveries of these UK scientists, it could now be the source for some amazingly long-lasting batteries.

Though the diamonds are radioactive due to their use of carbon-14, their use as an energy source would be much, much cleaner than current means of generating nuclear power.

Neil Fox, one of the researchers, explains:

"Carbon–14 was chosen as a source material because it emits a short-range radiation, which is quickly absorbed by any solid material. This would make it dangerous to ingest or touch with your naked skin, but safely held within diamond, no short-range radiation can escape. In fact, diamond is the hardest substance known to man, there is literally nothing we could use that could offer more protection."