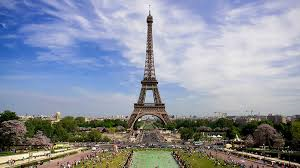 Two students at a vocational training school in Calais attacked a teacher, and one fractured the teacher's jaw and several teeth -- because the teacher had asked one of the students to get back to work.

"This is a warning. These young people did not attack the school by chance; they wanted to attack the institution, to attack the State." — Yacine, 21, a student at the University of Paris II.

The riot, which lasted for four nights, broke out after the arrest of a driver who did not stop when asked to by a policeman.

This revolt of one pillar of French society, the police, was the biggest that ever happened in modern France. Yet, virtually no one in France's mainstream media covered the event.

"Everything that represents state institutions (...) is now subjected to violence based on essentially sectarian and sometimes ethnic excesses, fueled by an incredible hatred of our country. We must be blind or unconscious not to feel concern for national cohesion". — Thibaud de Montbrial, lawyer and expert on terrorism.