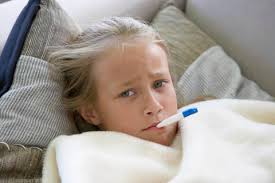 (NaturalNews) The world's biggest social media platform is being used as a gigantic virtual megaphone by hundreds of concerned parents who are reporting serious side effects from giving their child a medicine, after one mother's Facebook safety warning.

As reported by the UK's Daily Mail, Alison Smith took to the social media site to voice concerns after her four-month-old son Jensen lost consciousness following a 2.5 ml dose of Galhparm's Junior Ibuprofen.

After she reported the incident to retailer Tesco, where she had purchased the medication, store personnel took immediate action, removing the products from shelves in order to have them tested. However, personnel determined that the product was safe, and as such, it is now back on store shelves.

But, over the next couple of weeks, officials with Britain's official regulatory agency said that they were contacted more than a half-dozen times over a single weekend about the product. And, they added that they are still receiving reports daily, so the actual number of complaints could be far higher.

"As of [recently], we have received seven reports over the weekend of Galpharm Junior Ibuprofen Suspension use associated with a burning or tingling sensation and we are now following these up as a matter of priority," said a spokesman for the Medicines and Healthcare Products Regulatory Agency, the Daily Mail reported.

What do you mean, there is nothing wrong?

The spokesman went on to say that parents who are using the product currently have no cause for concern, because there is no proof at this time that the product on the market in the UK is unsafe.

"Anyone who has any questions or concerns should speak to a healthcare professional," the spokesman – who was not identified in the report – said, adding that anyone who believes their child may have been harmed by the product or otherwise suffered an unintended consequence should contact the agency.

The spokesman went on to add additional boilerplate information to his response, including the fact that just because an agency is getting reports about harmful side effects of a medication, is "not necessarily proof of a side effect occurring." (What?) Only a "suspicion" by the person making the report that something could be wrong.

So you see, it seems as though government agencies all over the world are the same as those in the United States – inhabited by unaccountable bureaucrats who live, breathe and die bureaucracy.